So not that I think anyone really noticed but I have been a bit absent from the blog. I've been a bit stressed, ill & just  haven't felt up to sitting down and writing. But I'm starting to feel better & am getting a bit more into a routine so thought I would get back on track.

Last week I started my new job as a Private Nanny, working for a single mother with two boys ages 7&8. For the sake of the blog I'll be referring to them as I & C. The job is only 3 days a week which is lovely as I can make enough money to survive, & pay the bills & it also means I can continue to do the things I love; spend time with family & Dan, blogging, Sorting out my house & other meaningless life things. Haha.

The boys are lovely. They are polite enough, need the odd push for a thank you but generally fine. They know their routine, there is no need to nag or ask them to brush teeth, wash faces, etc. Being 6&7 they are quite independent in the sense of they don't need help with toileting or asking for food/drinks, to be fair they usually get it themselves. The first week I usually just let them do what they want in regards to watching their TV programmes, playing games, etc as it gives me chance to get to know them & also see how much they moan/groan when I do ask them to do things.....well with these two I need not worry, they didn't moan when I asked them to read to me, or do their homework or the one I was dreading most, asking them to tidy their rooms, But not a single moan from them at all. So it's fair to say I'm pretty happy with these kids. Obviously it's not going to be plain sailing but they have a good base to work with.. I only look forward to learning more from them & also to helping them grow & develop. 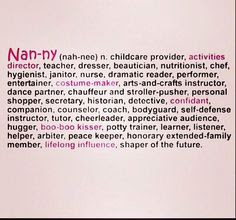 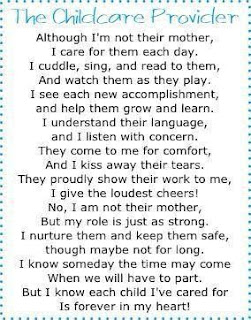 Seen this little poem & thought it was great.


Also last week my grandmother had an operation on a lump in her saliva glands. The surgery took three hours, and was a success, the opening that they had to stitch back up looks like it's in the neck creases & goes around the front side of her ear, but when it has healed I don't think you'll be able to really tell what's happened. She's is recovering well which is great as we were all worried how she would cope after the anaesthetic & with the Parkinson's. My Grandfathers chemo has stopped for the time being, he had 4 doses, is that the word (?), and they said that he could potentially have more in the future if needed. He got a bit ill last when Nan was in hospital, he was out of breath and extremely tired, he's perked up a bit now after having another chest drain & the specialists decided that a permanent drain needs to be fitted so he can have it drained more often. So with the both of them going through what they are I've been a bit stressed and worn out. They are off to a day at the races tomorrow for my Nan's birthday on Sunday.


I plan on having a relaxing weekend and spending it doing all the things I need to do & spending my
time with my girl. What do you have planned? 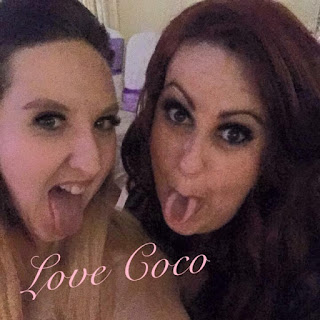